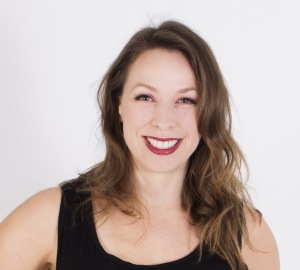 urrell is the Managing Consultant with Stibo Systems, an enterprise software company based in Denmark that acts as the Master Data Management provider for many of the world’s largest brands. She brings a decade of experience in digital marketing, including eCommerce and CRM responsibilities at the Home Depot and Sears. She also maintains an excellent blog at Erinburrell.ca. She joins us from Auckland, New Zealand to discuss the role of gender in digital strategy. You can hear our conversation in the podcast in iTunes, Stitcher or Soundcloud or below now.

The topic of gender and its impact on career growth in technology is one that is rightly a hot button right now. From Gamergate to the ousting of Reddit CEO Ellen Pao, this is an abiding industry-wide challenge. Consider the fact that Erin is an accomplished global speaker, currently studying for her second masters degree and mentoring a number of people starting out in their careers; and yet she is no stranger to misogyny. As she says, ‘more than once I’ve missed promotions or opportunities because of my gender…because I don’t look the same as the rest of the colleagues I have, especially in eCommerce’. She characterizes the eCommerce community as being very full of the same type of person, ‘the well educated middle to upper class gentleman that has had all the opportunities for their life…they are in the 30 to 45 age range and they all look kind of the same’. And the issue is not isolated to eCommerce but is consistent across the technology space. Erin describes a conference she attended in Sydney where ‘almost every table of 10 had 1 or less women at it. Of the speaker list, there were 2 international women on a roster of 24…we don’t represent the market’.

Erin still faces challenges, often from ‘the moment when I first walk into a room and have to revalidate my skills and experience…have to do a little bit of a shooting match in order to prove that I do know what I’m talking about’. She now looks at it as a bit of a game, part of the aim of which is to change peoples minds. She believes that once people ‘start listening to the ideas and stop listening to the person, they’re going to get a lot further’.

Erin did not plan to build her career in technology, rather she transitioned into it from retail, working in the merchandising buying chain. By accident she started to get involved in product content since it didn’t exist to support the marketing efforts, and in turn ‘fell in love with eCommerce’. At the Home Depot she moved into a merchandising and operations role and then went on to become a technology SME, finally ending up as a technical strategist. In her more than 10 years in the space, she doesn’t believe that much has changed with regards to gender balance or biases. When she looks at resumes for more technical roles, they are very heavily skewed towards men, sometimes only 1 in 15 to 25 are women.  In her opinion, ‘a number of women are self selecting themselves out before they even start’ and this has its roots in high school and university well before she is seeing candidates. Erin believes that a lot of this is because a lot of women ‘don’t feel confident and across the line where the humility that is required in technology is not necessarily something women want to do in the workplace…technology moves so fast that half the success criteria is knowing what you don’t know and being honest enough to ask the questions about it’.

In order to address this gender imbalance, Erin sees that companies need to get involved in youth programming. As she says, ‘we are not going to change what technologists look like if we don’t change who’s training as a technologist’. Companies need to ‘help women understand that code isn’t scary, that technology isn’t scary and that they can be empowered to use tools that are there for them’. She references talented developers that have succeeded in the space because they were willing to fight, but as she puts it, ‘I don’t think a 16 year old deciding on what they’re going to take in their first year of university should have to be fighting’. When companies are supportive, great things can happen. In Erin’s case, she was able to move across the world and into a much bigger role because ‘Stibo is incredibly open minded to the right person in the right job’. In her time there she has been exposed to great leaders ‘that are more concerned with what you deliver than what you look like’. She believes that part of this is due to the fact that this is a Danish company and that society and corporate culture is famously gender neutral.

Hope for addressing these issues is based partly of focusing on ‘getting the systemic pieces out of our society and getting kids taking courses they have an aptitude for’. As she puts it, ‘technology isn’t about nerds in their basement anymore…it’s about the best and brightest of the community’.

But it is not just about relying on external forces to succeed. Erin talks about the importance of perseverance, characterizing it as ‘a powerful thing…the magic of falling in love with technology or falling in love with the digital strategy side is that when you love something it’s worth the sweat you have to put into it in order to prove yourself…Perseverance is more powerful than anybody’s background’.

Her advice to women starting out in the space is to not ‘be afraid to try something even if you don’t know. Jumping in and testing your skills on a new tool, a new idea, a new concept, that is what makes us creative, what makes us groundbreakers. Don’t be afraid to take a lateral move in order to learn something new. Take a test project on with your leadership group and test your boundaries. When you’re starting out take a generalist stance and learn a bunch of things and find which one fits…Pushing your boundaries allows you to be a student and an expert at the same time’.

Next week on octopus, we will continue to explore the role of the digital strategist with our next guest. Please be sure to comment below. I’d love to hear from you. Please subscribe for alerts about new episodes and content. Thank you for listening to octopus. I’m Nasser Sahlool.

4 thoughts on “Episode 14: The Role Of Gender In Digital Strategy – A Conversation With Erin Burrell”